HARRISBURG — After two days of deliberations, the Hegins-Hubley Joint Act 537 Plan is still no closer to being implemented.
The hearing was held last Tuesday and Wednesday at the Rachel Carson State Office Building, 400 Market Street, before presiding Judge Richard P. Mather Sr. before the Pennsylvania Environmental Hearing Board.
Witnesses testified Tuesday on whether they felt the Joint Act 537 Plan which was approved by the state Department of Environmental Protection on April 17, 2015 is able to be implemented and whether it is affordable.
During opening comments, Kevin Walsh, representing the Concerned Citizens — Roger Wetzel, William Wolfgang, Randy Shadle, Kenneth W. Richter, Kenneth Graham and Harry Mausser — who filed an appeal to the plan on May 14, 2015, and are listed as the appellants in the case, said the evidence he was going to present would show insufficiencies in the plan. 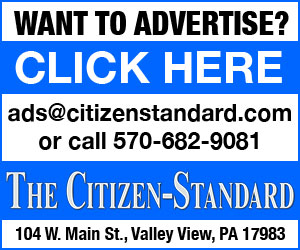