POTTSVILLE- The continuation of the March 22 summary trial of the ‘Commonwealth vs Fasnacht’ was held April 15 with Magisterial District Judge James K. Reiley presiding.
Although the Commonwealth had rested its case March 22, the defense was broken off due to the required attendance of the Commonwealth’s attorney at a trial in the County Courthouse.
Attorney Shane Hobbs began to question Gerald Fasnacht, starting where he was entering the building, as a way of reviewing the end of the March 22 proceedings. Fasnacht testified he entered the Clay Street building and was assaulted by Cheryl Wiscount, who he said he did not know, and then by her husband, Michael. She ran into my right side, said Fasnacht and I asked her why. 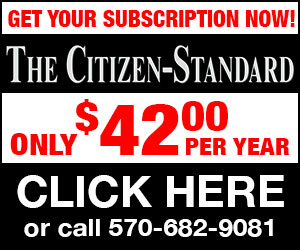